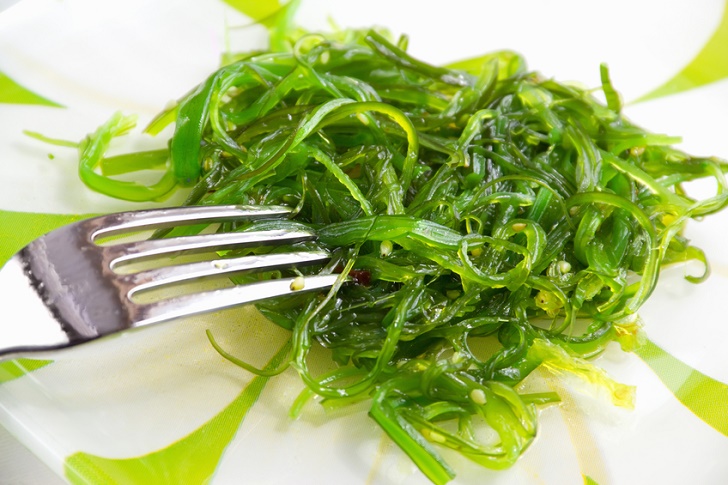 Seaweed may be the newest superfood, but as Adriana Barton reports, despite the nutritional benefits of nori and wakame, it’s possible to go overboard

When seaweed wriggles its way into cookies, crackers, spaghetti – and beer – there’s no doubt that marine algae is having its day.

A growing appetite for seaweed such as kombu, nori and wakame is quickly expanding the world’s seaweed industry, valued at $6.4-billion (U.S.), according to a 2016 report from the United Nations University in Tokyo (based on 2014 data).

Already, global production of seaweed by tonne exceeds that of lemons and limes. Trendcasters from the Atlantic Magazine, Fiscal Times and NPR have declared seaweed “the new kale.”

Seaweed has achieved delicacy status at high-end restaurants such as Sooke Harbour House on Vancouver Island, which serves it raw, deep-fried, pickled, smoked or wrapped around B.C. halibut. Small businesses have caught the wave, too, adding the versatile ingredient to a wide range of specialty items that make the most of seaweed’s exotic cachet.

Kelp Stout, released in 2014, is a “really good seller,” says Heidi Fifield, retail manager for Tofino Brewing Co., who described the quaff as having a “dark chocolate and sea salt quality.”

Then there’s Kelp Caviar, launched in 2012 by Naor Cohen of Montreal, who wowed business tycoons on CBC’s Dragons’ Den with his fish-free product.

To meet this year’s demand, Cohen produced the equivalent of 150,000, 100-gram jars of pearl-shaped seaweed caviar, in flavours ranging from sturgeon to salmon.

While Asian countries have always held seaweed in high esteem, Western demand for the slippery stuff is driven by the novelty factor and seaweed’s reputation as a “superfood.”

Seaweed, categorized as red, green or brown algae, are high in vitamins, minerals and many other nutrients. Researchers are studying whether seaweed consumption may protect against health conditions ranging from breast cancer to cardiovascular disease. But as with most foods, it’s possible to go overboard on marine algae. Doctors have reported rare but serious cases of excess iodine and heavy metal toxicity in patients who consumed too much seaweed or seaweed supplements.

If you’re keen to add more seaweed to your diet, here’s what experts in the nutrition field have to say about how to enjoy it safely.

Seaweed is high in iodine, iron, vitamin C (which aids iron absorption), antioxidants, soluble and insoluble fibre, vitamin K, vitamin B-12 and a range of other nutrients important for human health. Red seaweed such as dulse are high in protein. What’s more, seaweed contain certain compounds not found in terrestrial food sources, including fucoidan, a type of carbohydrate that has anticoagulant and antiviral properties. Numerous studies have linked the Japanese diet – high in fish, seaweed, soya, fruits and vegetables – to lower rates of cardiovascular disease, Type 2 diabetes, obesity and cancers in general. Studies such as these do not isolate the effects of seaweed from other dietary and lifestyle factors, notes Dr. Mary Hardy, a medical authority on dietary supplements and former medical director of the Integrative Medicine Clinic at Cedars-Sinai Hospital in Los Angeles. But based on evidence of seaweed’s disease-fighting potential from cell and animal studies, she says, “I do think this is a nutrient-rich superfood.”